… Click Here for a PDF copy of the article.

This will be a series of articles that will highlight actual mistakes that occur during the process of workplace drug & alcohol testing.

The intent of these articles is to alert folks as to the importance of taking the time to manage and perform drug and alcohol testing programs correctly and flawlessly. In the last issue of DATIA focus the article highlighted mistakes made at the point of collection, the collector and the collection process; generally considered the “weakest links” in the process. This article will focus on mistakes made by the employer or Designated Employer Representative (DER). Many DERs and employers do a great job with their drug and alcohol testing programs, but some don’t. Listed below are examples of common mistakes made by DERs. Please review each carefully and educate your clients or DERs on proper procedures.

Training is a key issue for DERs and employers that do drug testing. There is a lack of information and training, and at times some employers will make up their rules and policies as they go.

Listed below are some of the common mistakes that could be avoided with proper training:

There is an opportunity for service agents (drug and alcohol testing providers) to provide valuable assistance to DERs/Employers who manage drug-test- ing programs. But these same DERs/Employers need to take responsibility and obtain the proper knowledge to maintain their programs in a way that keeps them in compliance with the rules that apply and also limits the company’s exposure to liability.

Why is all of this important? Mistakes in the drug testing process can lead to issues with DOT regulators and the employer might be out of compliance, facing fines and other sanctions. What about the donor, the employee who might have an erroneous test result reported due to an error? On the legal front, you certainly want the drug/ alcohol testing program to be conducted properly and consistently—if not, you might face issues from a plaintiff’s attorney on a challenge or lawsuit. Avoid all of these issues, do it right the first time—the key is training and refresher training and keeping up to date with state laws and Federal regulations regarding drug testing. Look to DATIA for a great resource for regulatory updates, training, and promotion of the highest possible standards for the industry.

Joe entered the world of drug testing in 1993, he is well known throughout the industry and considered an expert on workplace drug testing issues. Joe served for nine years on the DATIA Board of Directors and served as Chairman of the Board from 2004-2008. Joe is currently a Regional Certified Professional Collector Trainer (RCPCT) for DATIA and is available for DATIA CPC training in all areas of Florida. He is also active in assisting buyers and sellers in the drug testing industry work through the merger and/or acquisition process. 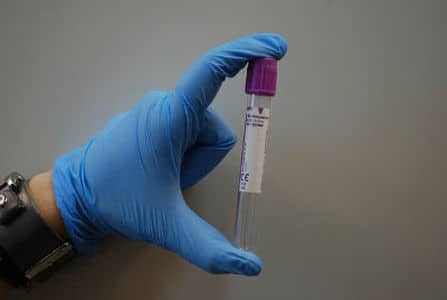