… Click Here for a PDF copy of the article.

This is the fifth in a series of articles that will highlight actual mistakes that occur during the process of workplace drug & alcohol testing. The intent of these articles is to alert folks as to the importance of taking the time to perform drug and alcohol testing services correctly and without flaws. Of course proper training and consistent re-training is the key to preventing the mistakes that will be discussed.

This article will focus on random testing and the mistakes often made in the process of implementing a random drug and alcohol testing program. One of the most common mistakes that I hear about can be seen in the scenario that follows. An employer calls the third party administrator (TPA) and says “Hello, Joe can you make arrangements for a random test. Mary, one of our employees is acting real funny, her productivity is off, she has some unexplained absences, and is often late for work. Her clothes smell like marijuana. We need a random test on Mary.” You can clearly determine from this circumstance that there is nothing random about this. My biggest concern is that if the employer or collector marks this as a random test, and it is positive and adverse employment action (termination) is taken; perhaps Mary’s attorney could make a case that this was not a random test and therefore not a valid reason for the termination of employment.

In the above scenario, the employers supervisors need to have training on reasonable suspicion determinations and Mary should have been required (after documentation of the reasons) to take a reasonable suspicion drug test. Employers need to be well counseled when considering implementing a random testing program, some state laws or testing in the public sector (government jobs) may limit or prohibit random (“suspicion less”) testing of employees unless the job position warrants such an intrusion, such as in “safety sensitive” positions. A well written drug free workplace policy is critical to have a program that will withstand a legal challenge.

An example would be a company with several large trucks (over 26001 lbs) and a couple of small pickup trucks. Unless the small pickup truck drivers also drive the larger trucks they must not be in the DOT random testing program, and would need to be placed in a non-DOT pool.

Yet many programs send out the random selection list with a list of alternates. An example: Bill is out sick for a day and someone from the alternate list is tested in his place. This is clearly not the intent and perhaps a violation of the DOT random drug testing program.

So what should happen if a selected employee is not available for testing? DOT has a publication that clearly answers this question, which is available on the Office of Drug & Alcohol Policy & Compliances (ODAPC) web site.

When a selected employee is not available, the practices recommended by DOT are:

Based on the DOT recommendations, when Bill is out sick on the day of testing, he clearly should be tested in the current selection period as opposed to testing an alternate. TPAs that use alternate lists should be well advised to follow the best practices provided by DOT.

The last bullet point regarding the second “bite of the apple” is critically important and a mistake I see often. Employers have a tendency to allow the employee go for the random test after they have clearly refused to test by not reporting immediately upon notification. I served as an expert witness on a case regarding this issue and the judge and jury agreed with me that the employee clearly refused to test after being notified and continued to perform his work duties as opposed to reporting for the required drug and alcohol test.

Random testing is important for any drug and alcohol testing program, DOT or non DOT. It is the best tool employers have for deterring drug and alcohol use in the workplace. Critically important is that these programs are managed correctly in compliance with federal and state regulations and best practices. Doing so will insure that the program works effectively and helps to:

Safety/Sensitive Duties: Persons who perform operations, maintenance, or emergency response function on a pipeline or LNG facility regulated under pad 192,193, or 195.

DATIA offers some great training for both employers and TPAs to keep current on regulations and to effectively run random drug and alcohol testing programs. I highly recommend that both TPAs and Designated Employer Representatives (DER) attend the DATIA Designated Employer Representative Course. TPAs managing drug and alcohol testing programs for employers should also attend the DATIA Advanced Drug Testing Management Course. Visit the DATIA web site (www.datia.org) to learn more about these education and training opportunities. Proper training and consistent re-training along with consistent policies and procedures are the keys to preventing the mistakes that were outlined above.

Joe Reilly entered the world of drug testing in 1993, he is well known throughout the industry and considered a leading expert on workplace drug testing issues. Joe served for nine years on the DATIA Board of Directors and served as Chairman of the Board from 2004-2008. Joe is currently a Regional Certified Professional Collector Trainer (RCPCT) for DATIA and is available for DATIA CPC training in all areas of Florida. He is also active in assisting buyers and sellers in the drug testing industry work through the merger and/or acquisition process and provides various other consulting and training services. 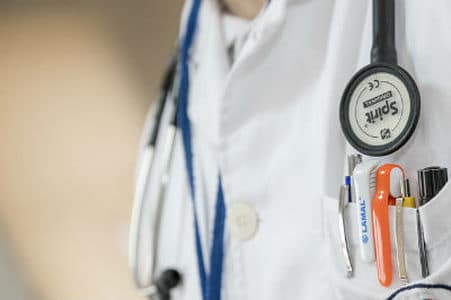